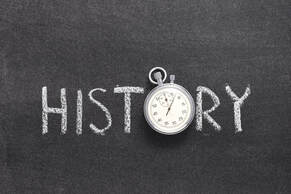 In the spring of 1974 the professors of educational administration in Texas agreed to establish a formal organization in the state to foster the achievement of objectives of the professorate, and to foster better communication among those who were preparing school administrators for the public schools within the state.

This group of professors met informally at many of the statewide educational functions such as the Midwinter Conference and TASA/TASB Convention in September. They included Morgan Moses of SFA, Robert Hefner of SWTSU, Harold Hawkins of TAMU, Hoyt Watson of NTSU, L. Doyne McNew of ETSU, Paul Stevens of SWTSU, and Barry B. Thompson of Pan American. Many of this group had been administrators and superintendents within the state and had familiar ties with each other, but without some type of vehicle to bring them together, their work was primarily focused in their immediate area with only limited exchange concerning their work in preparing administrators.

The professorate in educational administration in Texas was almost totally male at this time. It was somewhat of a dispersed group who had contact with one another at superintendent conferences and sporadically at the National Conference of Professors of Educational Administration held in August each year. At that time males held all the public school superintendencies in Texas (approximately 1,060) with only one exception.

At the organizational meeting of this group, Dr. Barry Thompson, professor and head of educational administration at Pan American University, was elected president of the newly formed association. Stuart Chilton of East Texas State University was selected Secretary-Treasurer. Bylaws were drawn up and the group took on the name of Texas Professors of Educational Administration (TPEA). A newsletter was published by Stuart Chilton to develop interest in attending the first formal meeting of the new association.

In October of 1974 the first meeting occurring after the organizational meeting was held in Commerce, Texas, with the East Texas State University faculty hosting the event. Dr. Floyd Parsons, the executive secretary of the Association for the Advancement of International Education, was the keynote speaker for this event. The group met in joint session on the second evening with the Phi Delta Kappa chapter at the University. Approximately 35 professors made the trip to Commerce for this meeting and it was considered a rousing success.

The group arranged to meet approximately three times each year with each of the meetings usually attached to another statewide meeting that was attended by professors as well as other school administrators. These eventually included the TASA/TASB Convention, first being held in San Antonio, the Midwinter Conference held in Austin, and eventually with CSOTE, the Consortium of State Organizations for Teacher Education.

In the fall of 1975 the meeting was held at the newly opened Dallas–Fort Worth Airport Hotel. Dr. Stephen Knezevich, recently retired professor and former associate executive director of AASA, was the key presenter at that event. Dr. Knezevich was the author of several educational administration textbooks that were widely used in classes during that period. Dr. Robert Hefner, professor at Southwest Texas State University, was elected second president of the organization at that meeting.

During the next several years a great deal of political change was going on in Texas. The Texas State Teachers Association (TSTA) was in the process of unifying with the National Education Association (NEA), which was a move toward trying to develop collective negotiations within the state (teacher strikes in Texas were prohibited by state law). Also the state political alignment was beginning to change with the first Republican governor being elected since the Reconstruction period after the 1865 defeat of the Confederacy. This meant there was a great deal of movement by various educational groups within the state including the superintendents’, school boards’, principals’, and teachers’ organizations.

Administrative organizations in the educational field banded together to be heard in a common voice to the Legislature in a loosely coupled group called the TSAC, Texas School Administration Coalition. With so many professors being closely aligned with superintendents and the need to promote sound educational policies in training school leaders, TPEA became a minor player within this coalition that lasted several years; however, for the most part the school boards and superintendents’ organizations were the primary influentials for ideas that went forth.

During years that the state Legislature was in session, a regular focus of the organization’s meetings included the pending legislation that was being considered for adoption. One or more influential members of the Legislature were frequently presenters at the meetings (often held in Austin) to discuss the impact of such legislation. Rep. (and later Sen.) Bill Haley of Center, Texas, (also a former teacher) spoke numerous times while he was Chairman of the House Education Committee.

Frequently the topic of school finance was the major consideration at the Legislature meeting years. On several occasions the meetings included presentations by a number of faculty concerning the content and delivery of their programs for degrees and certification. During these sessions the exchange of program ideas and materials became quite helpful.

At this point in time only seven doctoral programs in educational administration existed in the state at public institutions: UT, TAMU, Houston, NTSU, TexasTech, Texas Southern, and ETSU. State institutions also had very limited budgets, especially for travel, so TPEA meetings were often half-day or one-day events and often held at easy travel destinations for fly-in-and-meet conferences. Typically they were held at the larger cities including Houston, Dallas, Austin, and San Antonio. Several retreat type meetings attempted to be more informal events and were held at an Episcopal Church camp in Navasota, the 7A Ranch in Wimberly, and a lake retreat in East Texas on Toledo Bend Lake east of Center.
When funds seemed to get tighter at the universities, the attendance became slimmer at the meetings. As technology became important in education one meeting was held at the new Infomart in Dallas where members were able to view transitions that were coming about due to computers and technology development for data processing. In 1984-85 the bylaws were revised in preparation for the group becoming a certified nonprofit organization by the Internal Revenue Service later that year.

In 1988 some of the organization’s members joined an effort led by Jim Vornberg to put together a book entitled Texas Public School Organization and Administration. This began as a 14-chapter book with the first edition published in 1989 by Kendall/Hunt Publishers. Since that time the book has been through several editions and has sold more than 1,000 copies each year with the expected 10th edition planned for 2006, now containing 28 chapters. Nearly 50 members have participated as chapter authors during this period. The book editions have been dedicated to the teachers of Texas, students of Texas, parents, and educational leaders. The 7th edition was also dedicated to Barry Thompson, Chancellor Emeritus of the Texas A&M System, and Michael Moses, then recently Texas Commissioner of Education.

The financial success of the book, used in about 25 to 30 institutions as a primary or secondary text, has made fiscal support for TPEA available since about 1991. Carolyn McCreight edited a second book that developed a study guide focused on the ExCET or TExES exam and was organized around the contents of the original textbook.

Over the years some of TPEA’s meetings have featured juried papers as part of the program in which professors and students have shared their research findings with the membership. Other academic efforts by TPEA included a response written by a team led by Linda Avila to the paper criticizing the administrator preparation program in Texas and recommending several structural policy changes.

The development of a principal assessment model was another organization effort, lead by the efforts of Genevieve Brown. Beginning in 2003 the Texas Principal Lighthouse Initiative, sponsored by the Texas Business and Education Coalition, also provided opportunities for cooperation between TPEA and the Initiative in strengthening individual educational leadership programs with a dynamic process of evaluation and renewal. TPLI assisted in sponsoring programs at TPEA meetings as part of this work.

By 2003 the organization’s membership realized that TPEA needed to restructure to provide better continuity to its goals and efforts. By a vote of the membership in the fall of that year, Charles Blanton was appointed as the first executive director. Dr. Blanton had served regularly as an adjunct professor at Texas A&M-Commerce, Texas Woman’s University, and the Dallas Baptist University.

A special committee was appointed which was to rewrite the bylaws to include a governance structure that provided for continuity in leadership and direction. The organization adopted the model in the fall of 2004 with a continuing membership executive board that elected two members annually for three-year terms.

About the same time of these changes the organization decided by vote to change its name to the Texas Council of Professors of Educational Administration and become the state-affiliate to the National Council of Professors of Educational Administration. During the summer of 2005 the first edition of a new TCPEA Journal — School Leadership Review — was unveiled at the NCPEA conference in the Washington, DC area.